This post was originally written for the final post of the Following the 10th Armored blog at the 70th anniversary of the end of World War II. It is now the end of the 75th Anniversary. I have updated a few things, but it is generally as I wrote it five years ago.

Today, November 19, 2020 is the 115th anniversary of my Dad's birth. Seventy-five years ago today, on his 40th birthday, he was settling back down in his hometown in Pennsylvania after years of uncertainty with World War II, training for War and the 11 months overseas with the 80th Medical Battalion/10th Armored Division.

He was now back at the pharmacy he owned. His wife of 18 months was with him. She was, I am sure, a stranger in a strange land, being a 32-year old Jewish woman from Brooklyn now in the (mostly Christian) wilds of North Central Pennsylvania.

Less than three years later in August 1948 their first child would be born eight months after Dad's mother died. Another three years and a second son would come along. Time would move quickly and unforgivingly for Harold and Dora.
I never had what could be called a "close" relationship with either of them. There wasn't time for a lot of memories to be built. Whatever memories were there were also sublimated in the grief and trauma of losing them both while still a teenager. Much of what I know about Dad is in bits and pieces. Until the past several years his war service was an uncertain bunch of seemingly disconnected facts and rumors.

I then opened my grandmother's diary for the first time. (Hard to believe, I know.) I soon began to discover a few more bits and pieces that actually corroborated the facts and rumors. I began to put a timeline together and do more research.
Thus I began to read more about the work of the 10th Armored including the campaign by campaign history- Impact: The Battle Story of George S. Patton's Spearhead Tenth Armored Division in Europe in World War II by Lester M. Nichols. I did more research on the Internet and decided I would do this blog series following Dad's journey in the war.

I come now to the end. This will be the last post in the series. Seventy years ago war was over. There's nothing else to report on the battles seen and wounded cared for. World War II as I said in a previous post remains the paradigm of a "good war." It was truly a world war with staggering casualties everywhere. It did truly save western democracy as we know it. It also began the breakdown between races when the Black American troops came home to find they were less accepted at home than in Europe.

Through these intervening seventy years much has changed. I myself am a product of the aftermath of World War II and then of Vietnam, causing a major shift in so many things American. The divisions raised in that war coinciding with the Civil Rights Movement and then Watergate are the precursors of much of the division we see active today.

What I learned was subtle and perception changing. 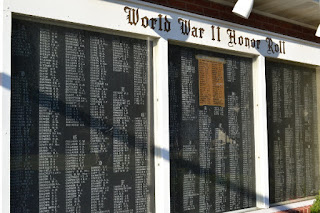 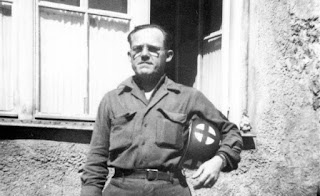 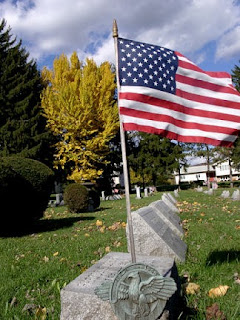 I am honored to be your son, Dad.

Thanks for your service and dedication.

This is the final post in this Buddy's War blog. Meanwhile I am in what is hopefully the final stages of putting my search over the past 10 years into a book, Buddy's War. It is a completely different task to write a book than a blog. It will have a different format and be a memoir of my search for my Dad and the lessons I have learned. I hope to have it published by VE Day in May of 2021. If you would like to be kept up-to-date on what I am doing, please follow the link below to sign up for more information.