[Note: It has been over a month since I last posted on the movement of the 10th Armored Division/80th Medical Battalion. A whole bunch of different things happened, like the pandemic and related consequences. I apologize for that. In this post, I will do a summary of the month of April which saw a great deal of movement for Buddy’s Company C. I will not be posting each day’s movement as you will see below. The month will end with them in place for the end of the war. Next week I will do some more reviewing as we come to the end of the war in Europe. There will be more to come.]


The only basic matter to be decided by the last offensive was not whether the Germans would be reduced to total defeat, but when. Given the stranglehold and almost mystic fascination that Hitler and his coterie exercised over the German people and the incredible loyalty of German military commanders to a regime that long had been discredited, perhaps it was inevitable that the end would come only when the nation was prostrate, almost every square inch of territory under the control of the victors. In those circumstances, whether the invaders insisted on unconditional surrender or came shouting mercy and forgiveness probably would have had little effect on the outcome. 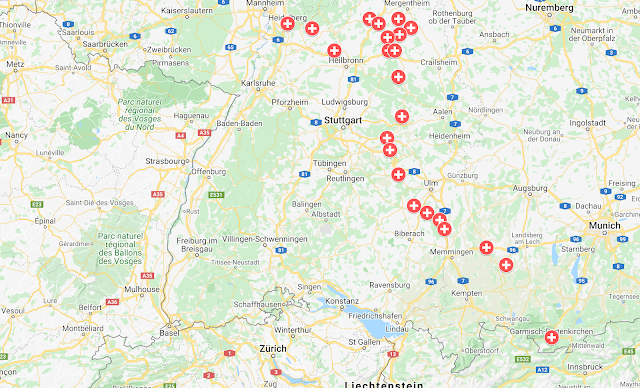 
Got up at 10-.  It is cold so I did not do anything. Wrote to Ruth and Buddy. Received a box from Ruth- 2 shirts and 2 tea towels.
Diary, Beula Keller Lehman 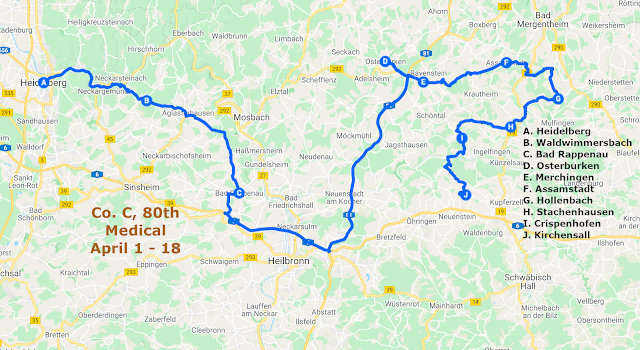 This period of April was the last major offensive of the war for the 10th Armored Division. It appears to have been one of the more difficult of the battles the 10th had faced. A report issued a few years after the war noted that some of the difficulties may have been caused by moor planning and lack of clear communications. I am not a big fan of George Patton, but his reputation and drive make me wonder if this would have been as difficult a mission if the 10th Armored had still been with Patton and the Third Army.  In any case, the greater difficulty faced by Company C can be seen in the lists of casualties in the Morning Reports for April 6-10. 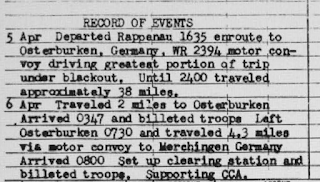 Tews was a surgical tech, like Buddy,  and Smith was an aid man. I did some digging on the Internet and found that both these soldiers ended up as prisoners of war. They both were liberated and repatriated. Tews (26), from Minnesota,  in October 1945 and Smith (23), from Michigan, in July 1945. They both lived into their mid-80s. 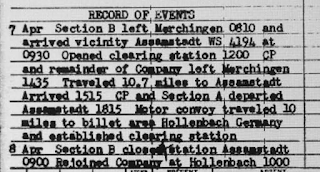 The Morning Report gave no duty listing for either of these soldiers. They were the first, and only, killed in action from Company C during the war.


Robert Gilbert Pfc and John Lower Pfc — Missing in Action
Gilbert, like Marvin Tews and Buddy, was a surgical tech. It appears that Lower was an ambulance driver.

I don’t know the story, but both returned to duty seven days later on 17 April.


Got up at 10-. Got ready for club. We had a nice time but Ruth called at 6 o’clock and said President Roosevelt had died at 4.30. It was an awful shock.
Diary, Beula Keller Lehman 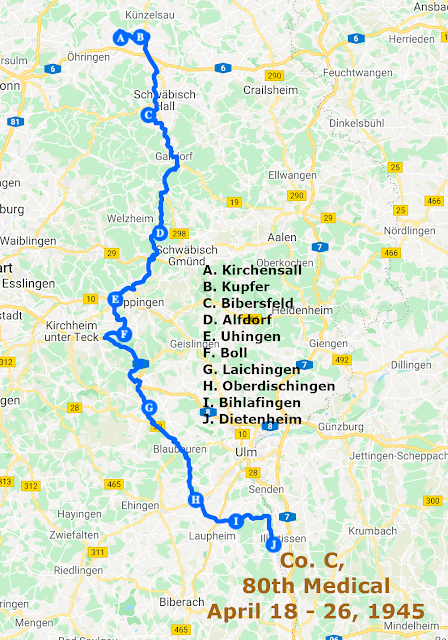 
Got up at 10-. Cleaned upstairs. Cleaned the kitchen. Wrote to Ruth. It is raining tonight. 9 o’clock and father is not home yet.
Diary, Beula Keller Lehman 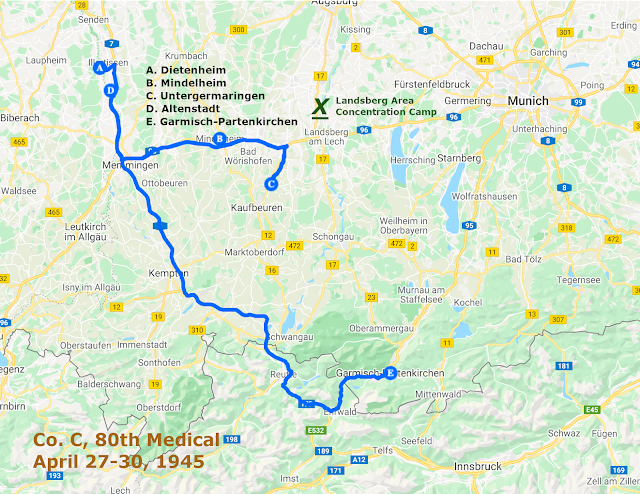 As it drove into Bavaria, the division overran one of the many subcamps of Dachau concentration camp in the Landsberg area on 27 April 1945, earning it recognition as a liberating unit. (Link)

As April ended they were in place for VE Day a little more than a week later. Perhaps the final indication of the reason they had been fighting was discovered on 27 April when portions of the 10th Armored liberated one of the many subcamps of Dachau. (Still looking for more information at this point.) Again, the epilogue to the Last Offensive section of Hyperwar says it best.


As the last offensive came to an end, few if any who fought in it could have entertained any doubts as to the right of their cause--they had seen at Buchenwald, Belsen, Dachau, and at a dozen other places, including little Ohrdruf, what awful tyranny man can practice on his fellow man. To erase those cruel monuments to evil was reason enough for it all, from bloody OMAHA Beach to that bridgehead to nowhere over the Elbe. (Link)